The last days in Gambia were just like previous days – unforgettable. We didn’t really want to come back home. Well, maybe I did, to my husband, whom I missed a lot, but we were so relaxed, enjoying the sun and ocean… and having also an opportunity to visit a school and a huge, local market in Serrekunda. 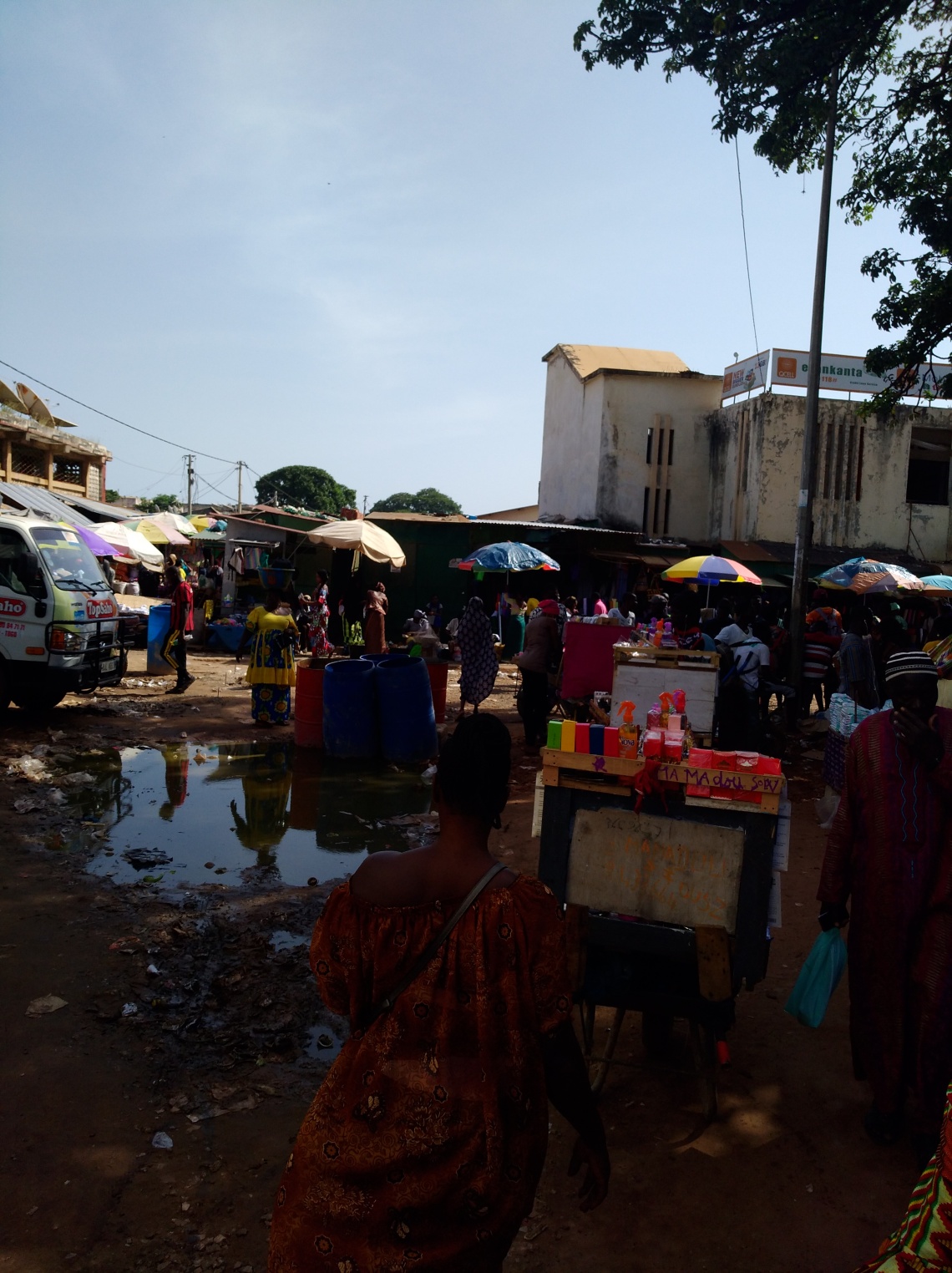 To reach Serrekunda we had to take a taxi bus, which is a van in fact, and mostly used by locals. They try to “pack” inside as many people as possible, and the ride from Senegambia strip to market costs 8 dalasi, which is around 0,14 euro. Way cheaper than going with the taxi, than it’s about 500 dalasi (always negotiate to get lower price). Don’t expect air condition on a taxi bus though, because the only one you’re gonna get is open windows on each side of the car. 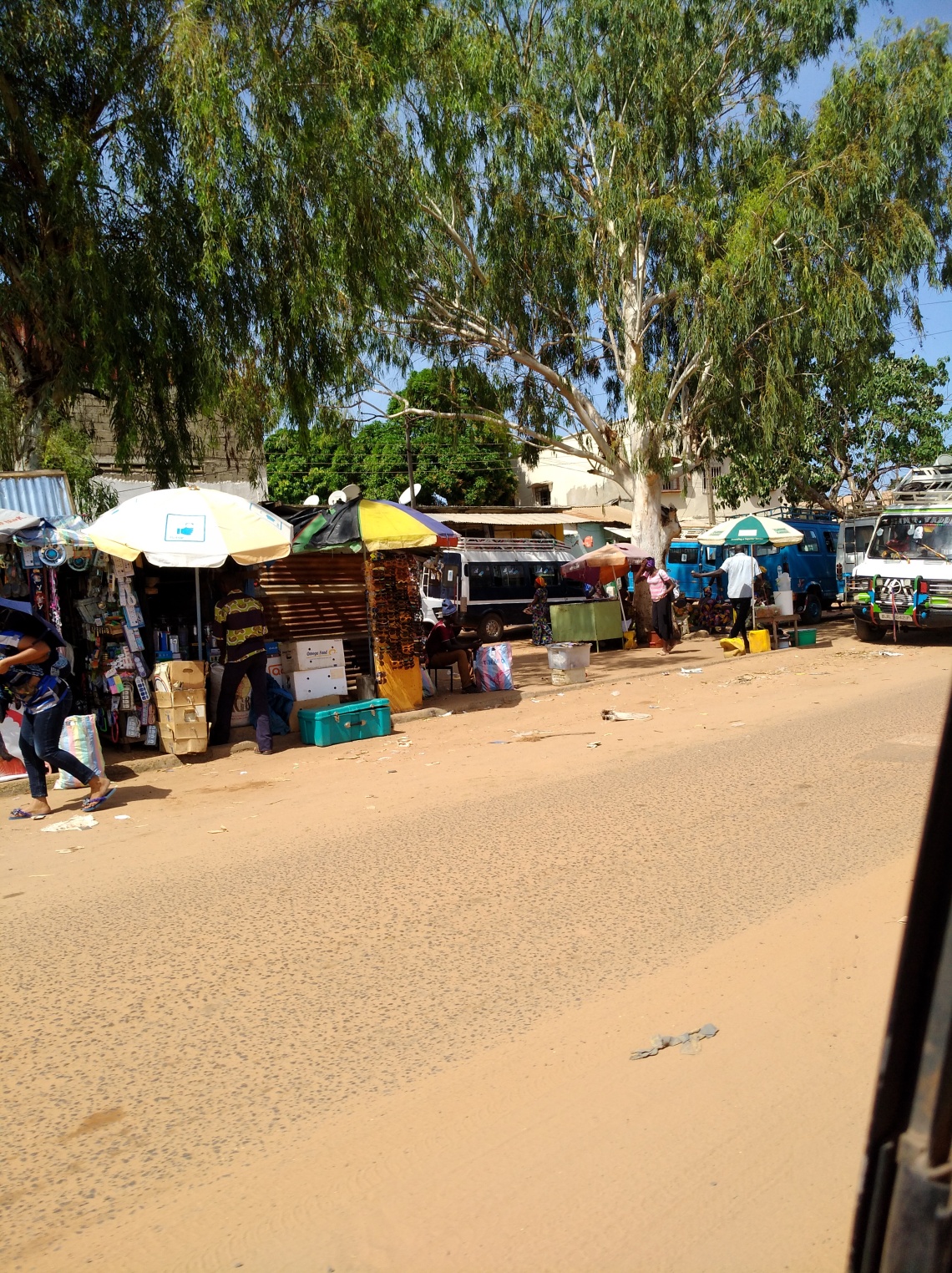 After about 20-30 minutes ride we arrived at the huge market and started walking around, searching for what we came for. There is so many sellers, so many colors, smells and tastes. There are vegetables and fruits, that look actually yummy; some fried snack dishes freshly prepared when you ask for it (I don’t know how fresh the oil in a deep frying pan is though, smells like it is 10 years old and used about 100000 times already). You can find baobab fruit there and hibiscus petals, to prepare wonjo drink and baobab juice from them. There are also fishes, drying on a sun and heat, they must be delicious though, at least for all the flies that fly around them and sit on them. But there are also everyday usage things, like buckets, baskets, and of course clothes. And Gambian fashion is very colorful. So many patterns, different kind of fabrics, colors, the amount of actual clothes there on the market was overwhelming. I bought what I came for from a first seller I got to. Otherwise I would spend hours and hours walking around and getting asked from each side to check what all the people around me have to sell.

I was also approached by a young Gambian man and asked in the middle of the road for my name and country I came from. And also how long I stay. I was already used to this questions, but this time the guy took out from a plastic bag a piece of paper with his phone number and two words: Star Boy. To enlighten you, he was a male prostitute, who sells himself to tourist, women who seem to be rich, not always good looking. During high season it’s very visible, I have heard, you see a young Gambian man with an old, not really pretty, often fat woman, and they act like they’re in love. I haven’t witnessed this, but again, I wasn’t in Gambia during high season.
By the way, I haven’t taken this piece of paper. Even though I told him I was married and not interested, he insisted, but my friend took the paper and then it got thrown away. 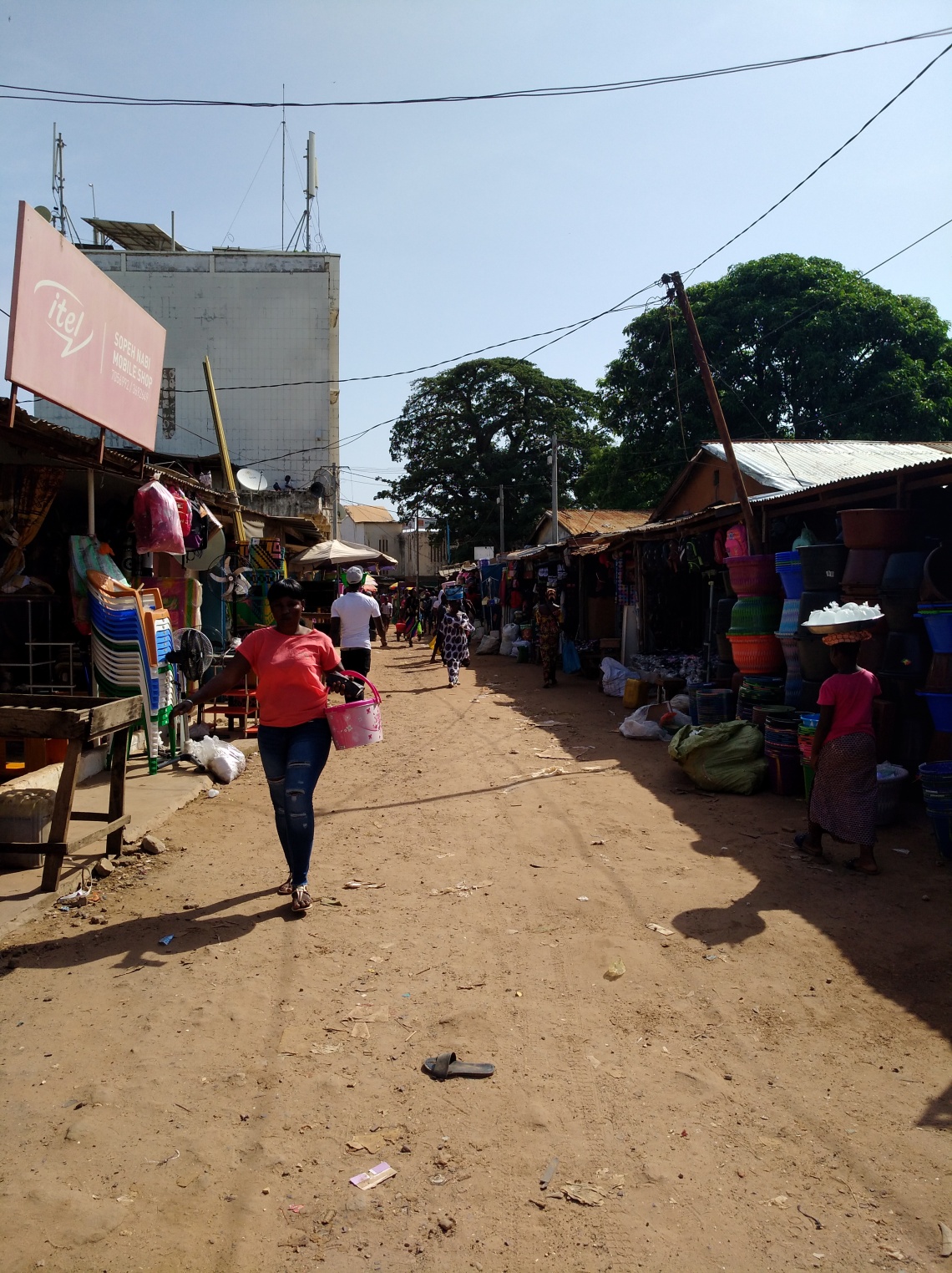 On our last day of holidays we visited local private school. We had a chance to see every classroom, from class 1 to 8. Kids were sitting tight, the rooms were too small for the amount of kids in them, but from what I heard and saw there, the level of education was good. It was hot in the classes, the doors were open but during rainy season it’s hot and humid, not easy conditions to study. All children were wearing uniforms and they were polite. There was also an extra class for those who couldn’t follow, they could catch up there, on their own tempo. I think it’s great, that they have this initiative. 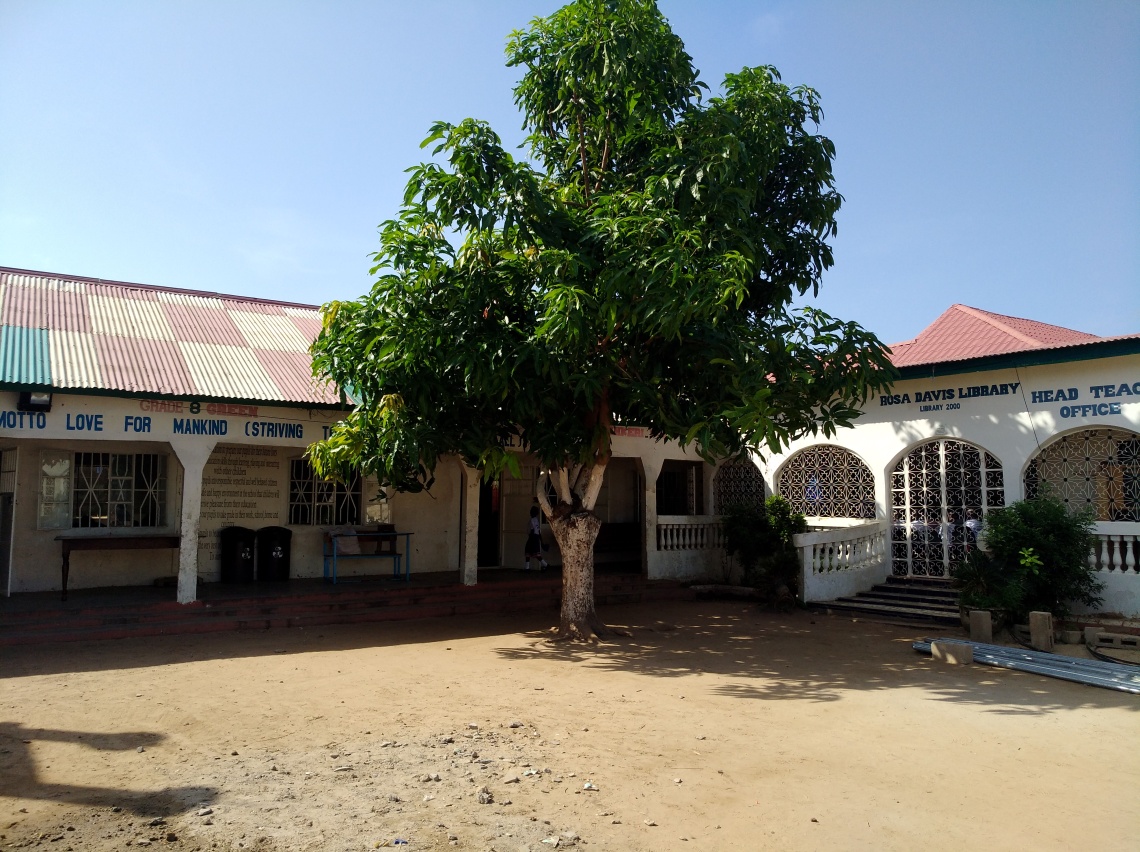 I think that help is needed for schools in Gambia. If it was private school, I can’t imagine the public schools, if they exist. Lots of people in Gambia never went to school, they don’t know how to write, they don’t know where their own country is situated on the map. Those kids at school are the future of the country, or at least the future of their families. Afterwards it will be on them to support parents, brothers and sisters, who cannot go to school, because parents don’t have enough money to send all of them.

A visit in Africa puts your own life in a different light, you kind of look at it from different perspective. We can’t compare our problems to theirs and yet we stress a huge amount, while people of Gambia live their life from day to day, smiling and enjoying the moment. And everything for them is “no problem”. At least that’s how it looks like. But I need to go back there and see more, experience more, because one week is not enough to really get to know a country and its people.

Polish wife of Romanian husband, proud mommy of two: a boy and a girl. I write about my travels, life changing adventures, inspirations, motherhood and topics that are important to me. But there's also place for fun content! View all posts by missdisaster

Breastfeeding is my cardio 😉 💕
Pure love 💕
2022 was a roller coaster of events and emotions.
Merry Christmas everyone 🎄❤️
Greetings from Kraków! 🎄❄️⛪🌃🌌
Sleep deprivation.
Happy Birthday my lovely boy. You made me a mother. I love you to the moon and beyond. ❤️🧒🏻
One day in autumn 🍁🍂🏰🌞🧛🏻‍♂️👨‍👩‍👧‍👦
First big trip for this little one. To beautiful Romanian mountains. We keep celebrating her baptism and our Macedonian friends from Belgium 😉
Details 💗
Loading Comments...
%d bloggers like this: