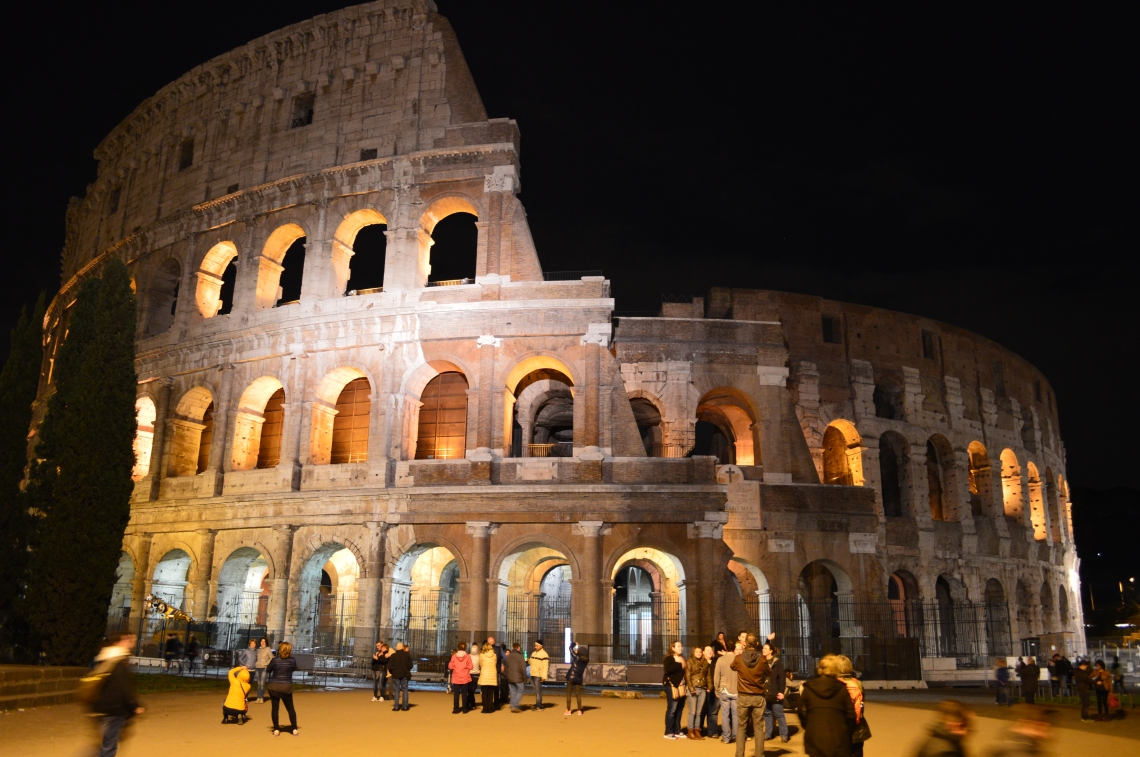 Build on seven hills, by Romulus and Remus, it’s been called The Capital Of The World. It has more than 900 churches and 280 fountains. The city, that used to be a center of Roman Empire, will make you fall in love with it immediately. As long as you don’t mind crazy drivers, impossible to find parking spots end fines for wrong parking (like those two don’t exclude each other!). For the rest it’s all about pasta, pizza and of course a little bit of history. 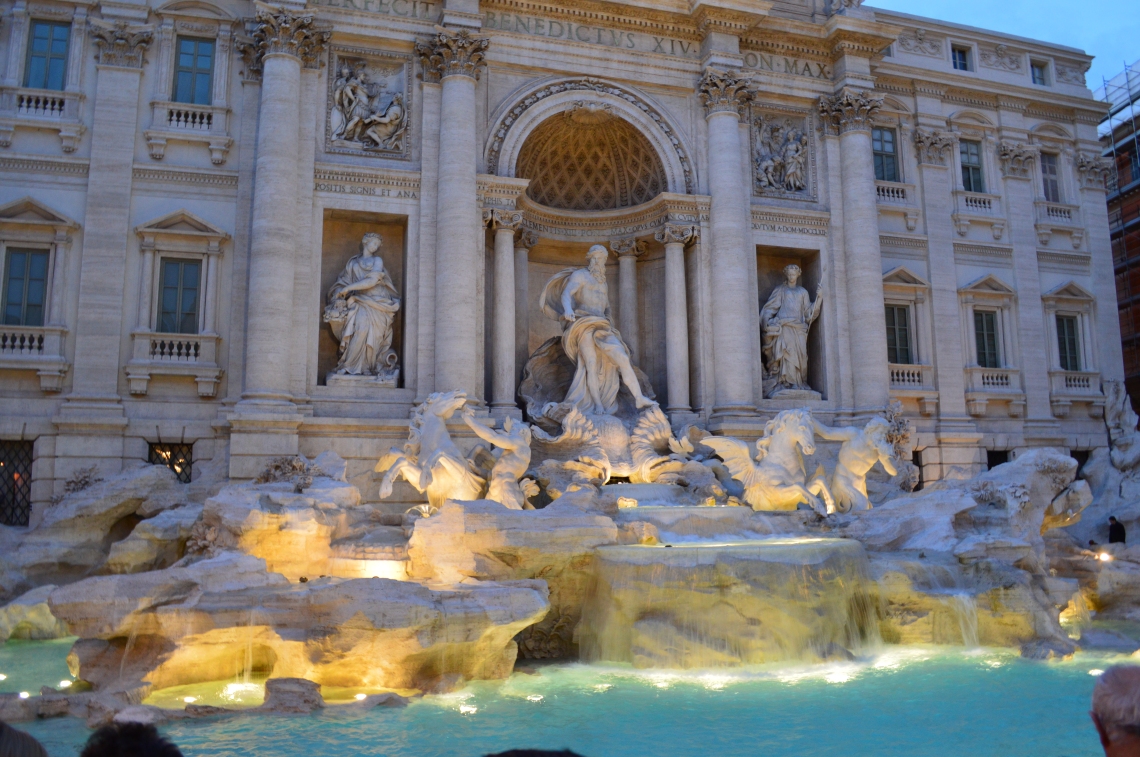 We visited Rome two years ago, in March, during our short road trip in Italy. We only had two days to explore, so we did the impossible possible – we saw the most important places, mostly by foot, walking as much as possible (did I mention troubles with parking?). 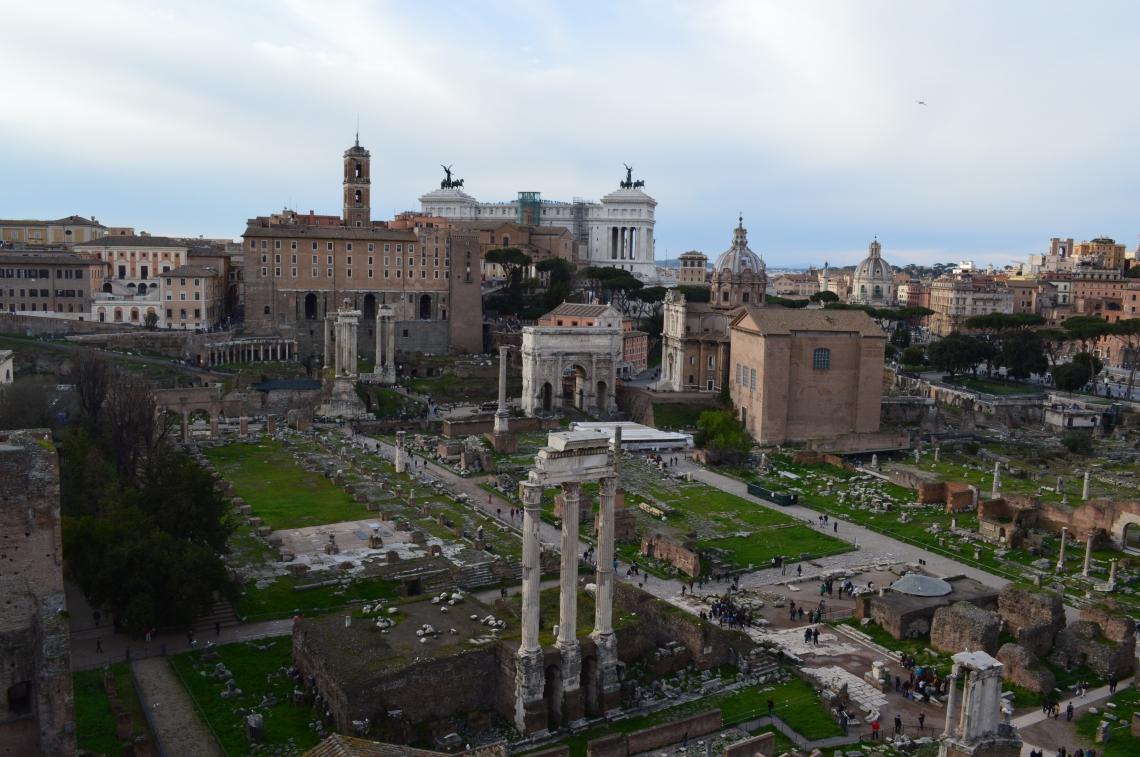 On our first day we made it to the Colosseum, Palatine Hills, Fountain Di Trevi, Pantheon and few beautiful squares. It’s amazing how the ancient buildings and construction are still standing there, proudly, after all these years and wars. It’s like they make a statement, that they are surviving all good and bad times just to show us the life from the past. It was very easy to imagine the gladiators fights in Colosseum. 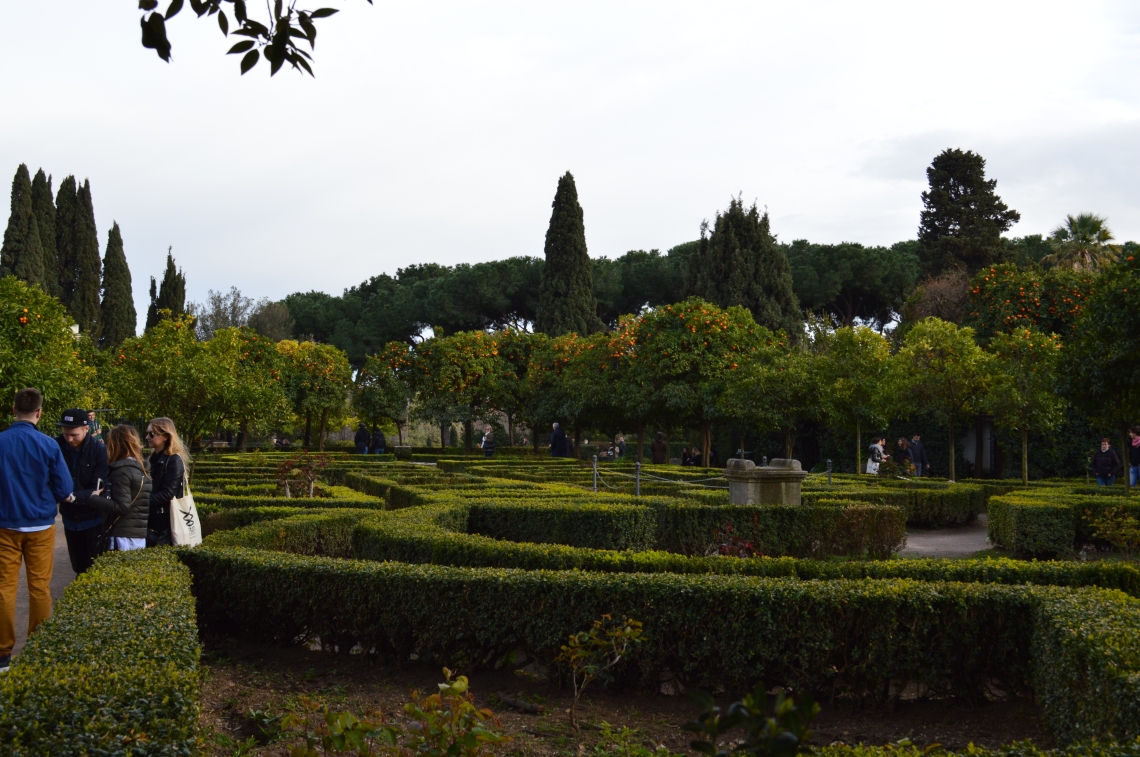 I could almost see the everyday life of Augustus on Palatine Hills, when I walked in the garden full or orange trees heavy from fruits. I think we even threw some coins into Di Trevi. But I’m not sure, it was so busy at that place, we could barely see the fountain. We definitely found Pantheon, which after more than 2000 years is standing still, untouched! You cannot just pass by all this awesomeness and not be impressed, not feel like you’re back into times, where all those were built. 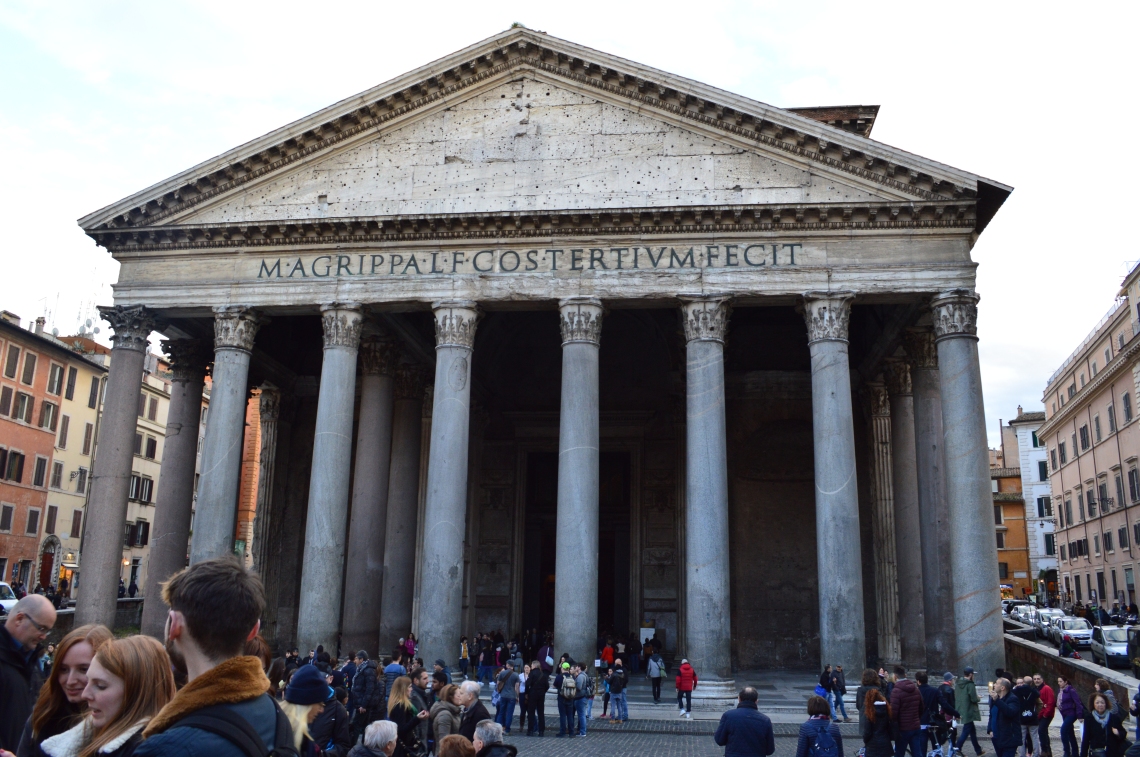 And there were also little streets, empty from tourists, calm and silent, where we could rest from all the rush and crowds, and those moments made the city even more beautiful, and real. Coming back to the hotel we passed by Colosseum again, this time in the darkness, so we could admire the amazing lights over it. Breathtaking view.

Next day we spent mostly in Vatican. Visiting the Saint Peter Basilica, climbing all the way up to the dome and seeing the view of Rome, going to crowded Vatican Museum. And eating the most expensive soup ever. Don’t make our mistake and let hunger choose a place for you to eat, or you’ll end up like us in a very expensive restaurant. At least the food was tasty. And we could go to explore Rome further. 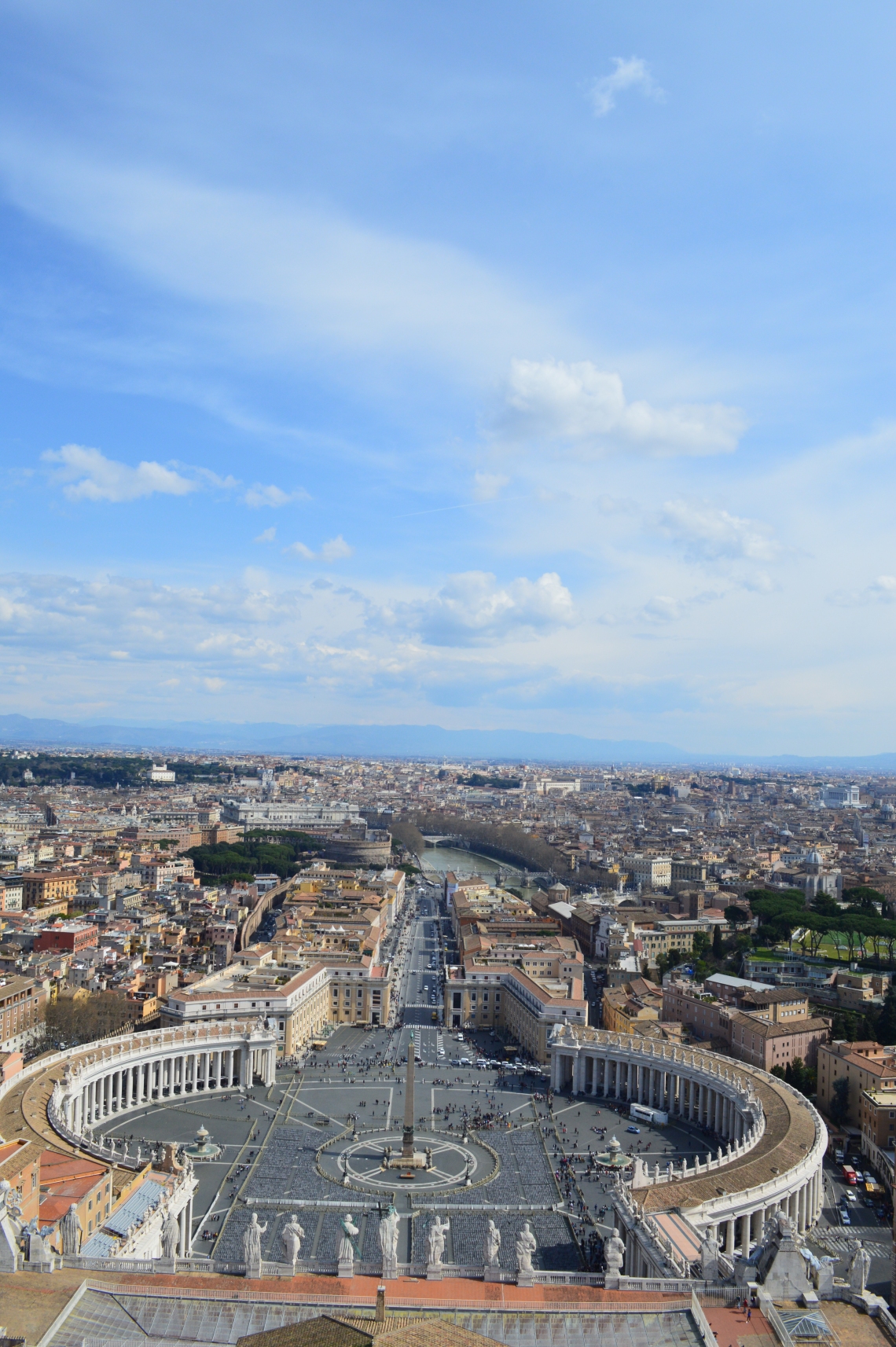 We climbed Avenille Hill and got another stunning view over the city from a square next to St. Sabine church. And then we went further to Malta’s Square to see the dome of Vatican through the keyhole. It’s an experience to check, and apparently not many people know about it, since there were only a few people. 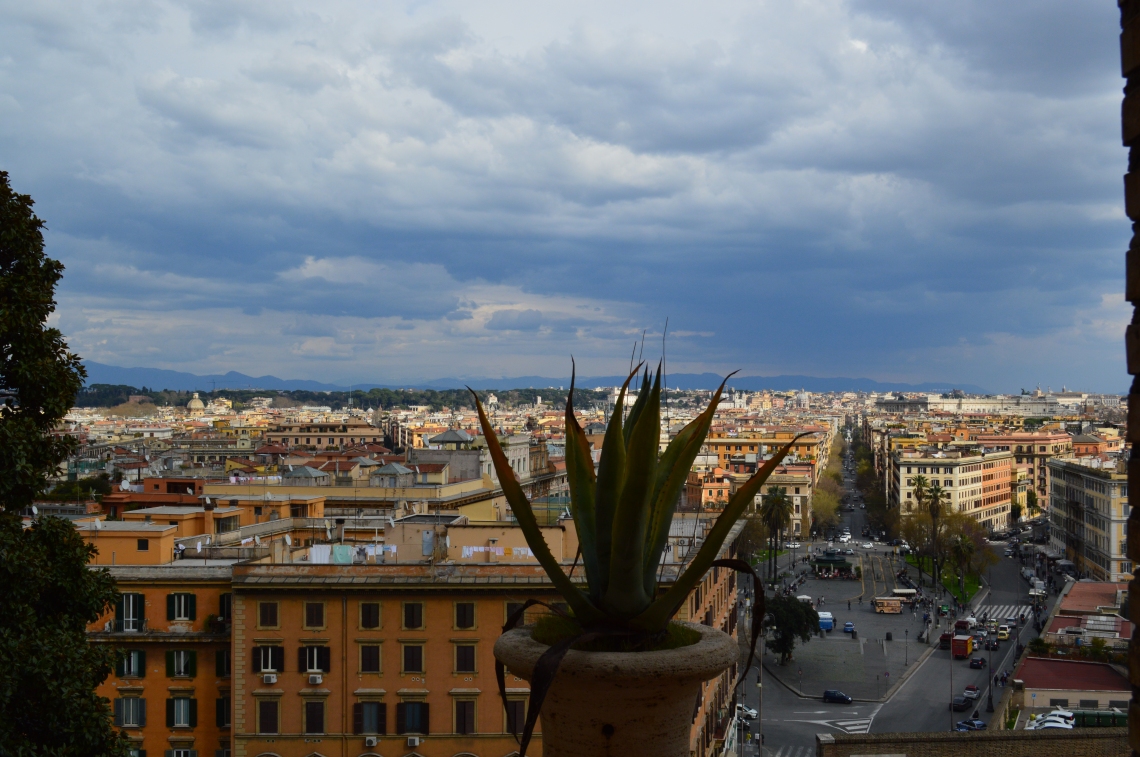 Coming back to the hotel was hard, not only because out feet were so sore, but also we knew we had to go further with our trip. And that meant saying ‘Arrivederci’ to Rome.

I definitely want to go back there, spend some more time, see those places in a more calm pace, discovering new things, eat pastas and pizzas, just enjoying the Eternal City. 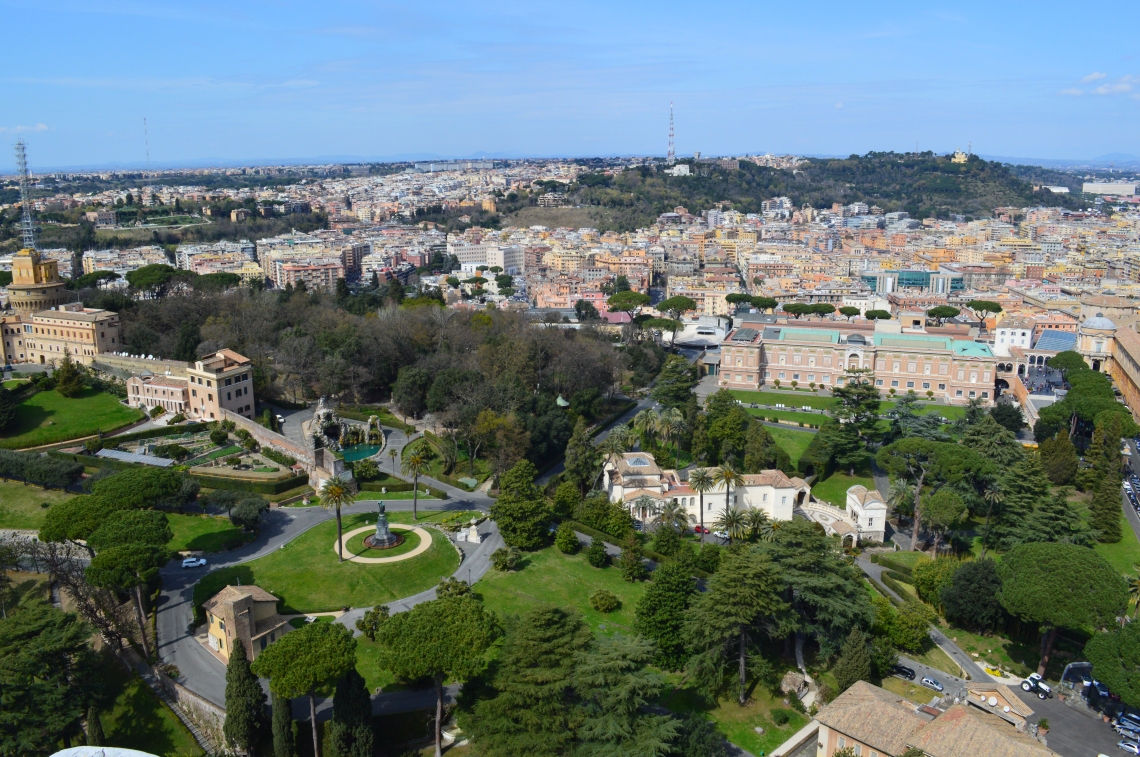 Polish wife of Romanian husband, proud mommy of little boy. I write about my travels, life changing adventures, inspirations, motherhood and topics that are important to me. But there's also place for fun content! View all posts by missdisaster

Autumn harvest 🍇 There will be wine, sweet delicious wine 🍷
Looking lovely while we discuss some road signs on the parking in front of us 😂♥️
Happy birthday, Dad 💙 I wish you another 57 years ahead in health and joy 🎂
Bye bye Bruges. See you soon ❤️🧡💛
Autumn in Bruges 🍁🍂
In front of the building where we tied the knot for the first time. 👩‍❤️‍💋‍👨 Anyone else got married in such beautiful city hall? Noone? I didn't think so 😏
Bruges ❤️🇧🇪
With this nice sea view, I invite you all to check the latest entry on my blog: www.missdisaster.com. Nope, it's not about vacation or being at seaside. But there are some photos I took last time in Constanta, so even if only for the sea views, you can go and check my blog 😊🌊
7 years ago our story began. In the crowdy corridors of language school, our lives collided and our souls found each other's. Happy Anniversary my Love ❤️👩‍❤️‍👨
Dreaming of this place, night and day.
Loading Comments...
%d bloggers like this: